Showing posts with the label the themalbum
Show All 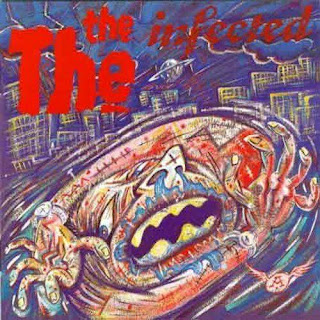 THE THE   "INFECTED"   1986 INFECTED - The second album by Matt Johnson's The The following "Soul Mining" opens with this brilliant track.  Kicking off almost with a gospel intro before hitting an infectious Synth Pop style beat, add some snarling Billy Idol-like vocals and it's already reaching "hit" status.  An infectious (no pun intended) chorus emerges into a Synth Rock/New Wave hybrid.  Just a class track.  Criminally ignored only reaching 48 on the UK chart. OUT OF THE BLUE (INTO THE FIRE) - An engaging Punk Pop ballad, the musical intro reminds me of The Pretenders but quickly kicks into a track Iggy Pop would be proud of.  Another gem merging New Wave with classic Punk elements.  HEARTLAND - This single release reached number 29 on the UK chart.  It is a beautifully composed track with an orchestral style backing.  Add an awesome piano solo, some Soul driven vocals from Matt and a lovely harmonised chorus it makes for a great listen.
Post a Comment
Read more
More posts