Showing posts with the label the time
Show All 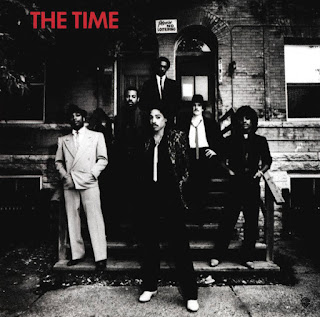 THE TIME   "THE TIME" 1981 GET IT UP - Although this debut album by the Prince proteges is basically a Prince recording (all instruments except a Dr Fink synth solo on "Cool") , Morris Day does sing the vocals.  The Time became a popular live band on Prince tours and became a band in their own right.  This opener is a funky soul workout with keyboards and guitar solos at the fore.   GIRL - A pretty basic slow soul ballad, sadly the vocals of Morris Day cannot lift this like Prince probably could.  Average track. AFTER HI SCHOOL - In the vein of Prince's quirky fast paced sparse funky tracks such as "Gotta Stop (Messin' About)" and "Jack U Off".  Its a decent song but nothing great despite being written by former Prince guitarist, Dez Dickerson. COOL - 10 minutes of classic Prince Funk, a throbbing beat, the aforementioned Dr Fink synth solo make this a very "cool" track indeed.  Best track on the album for me.  Co-written
Post a Comment
Read more
More posts