Showing posts with the label white denim
Show All 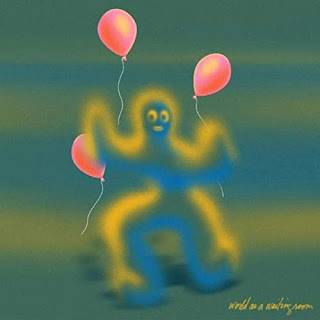 WHITE DENIM “WORLD AS A WAITING ROOM” 2020   I DON'T UNDERSTAND ROCK AND ROLL - An album planned for release in 30 days during lockdown in the band's hometown of Austin, Texas.  The album was completed in a week and kicks off with this fast paced, late 70s, early 80s New Wave Rock track.  Its catchy rhythm and chorus is similar to that of The Cars.  Great start.  Vocalist James Petralli sings "So your summer came early, all the streets are empty" summing up the world's predicament. MATTER OF MATTER - This track is a mix of everything, there are nods to 90s Brit Pop, early 70s Classic Rock and New Wave.  Another uptempo number which sounds like an experimental jam but it works! Cool song. WORK - A rooster call introduces this track, probably the wake up call for work.  It is just over 6 minutes and is an epic Punk Rock style reminding me of Iggy Pop and the Stooges.  Its got a great groove, toe tappingly delightful.  The tempo is similar to Iggy's "R
Post a Comment
Read more
More posts