Showing posts with the label zz top
Show All 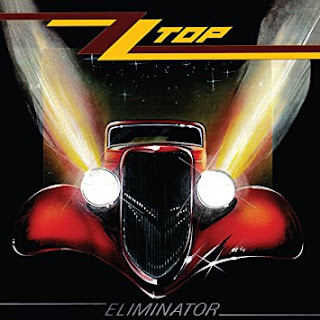 ZZ TOP "ELIMINATOR" 1983     GIMME ALL YOUR LOVIN' - Ear opening track for me not familiar with too much Blue, something like I had never heard before.  That pumping drumbeat and twangy Country guitar solos with a sound that seemed like there were definitely more than two guitarists on the record, it was so big and loud.  Add the catchy chorus and it was an immense introduction to ZZ Top.  The video was the first in the classic "keyring and car" videos.     GOT ME UNDER PRESSURE - This was a classic fast Blues guitar driven track, searing guitar solos and the same pumping drumbeat that appeared on the first single.  Not sure why this wasn't accepted by the Brits in our charts, maybe the chorus wasn't as catchy or as frequent. SHARP DRESSED MAN - The old saying goes "if it ain't broke don't fix it" .  Same goes for this track, all the elements were re-invented from "Gimme All Your Lovin'".
Post a Comment
Read more
More posts